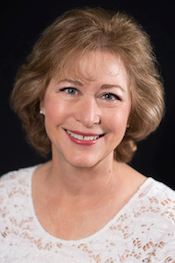 Vickie Schumacher is nationally known for her ability to explain the benefits of living trusts and estate planning in clear, conversational English. She has a unique perspective on what consumers want, what they understand, and what motivates them when it comes to estate planning—because she is a consumer, too.

She knows first-hand about being a business owner, being divorced and a single parent, caring for aging parents, and blended families—life experiences and concerns that she shares with many of her readers.

“When I first heard about a living trust,” says Vickie, “I thought, like most people, that a trust was for the wealthy and estate planning was just for seniors.” As she learned more, she became convinced that people of all ages need this information. A former regional head of communications for a major employee benefits firm, Vickie was already an award-winning writer, nationally recognized for her abilities to communicate “legalese” in accurate, understandable English.

In 1988, she proudly finished the first edition of the book—and was promptly rejected by more than 20 publishers who didn’t think there was enough of a market for her book. But Vickie knew the information would be important to consumers and believed in it enough to self-publish, an unusual move at the time. It wasn’t long before the book took off, with the first edition selling more than 50,000 copies.

The book’s success led Vickie to being a frequent guest on radio and TV talk shows, and a keynote speaker at standing-room-only seminars. She has received praise in “Modern Maturity” and trade publications.

In 2016, Vickie released the 7th edition of “Understanding Living Trusts.®” Consistently a favorite of consumers and professionals alike, it has now sold almost 400,000 copies and is a #1 Bestseller on Amazon. Also in 2016, after requests from long-time clients, Vickie launched an all-new line of client brochures and website content that can be seen on this website. All of her content, including the book, is updated at least annually.

For those who have followed Vickie and her family over the years, here is a brief update. Both sons are grown and out of college. James (JJ) is a Captain in the U.S. Army and a Black Hawk helicopter pilot. He has served two tours in Afghanistan and is currently serving in Germany. Charlie is an Investor Relations Analyst in Newport Beach, CA and has a continuing interest in fitness and food. In 2008, Vickie married Tom, a contractor, and gained his two grown children: Olivia, a city planner, and Bruce, an architect. Olivia added the first granddaughter in 2014 and the second in 2016.

Interested in receiving discounts and updates from Schumacher Publishing?

×
Thanks for signing up!

Interested in receiving discounts and updates from Schumacher Publishing?

×
Thanks for signing up!